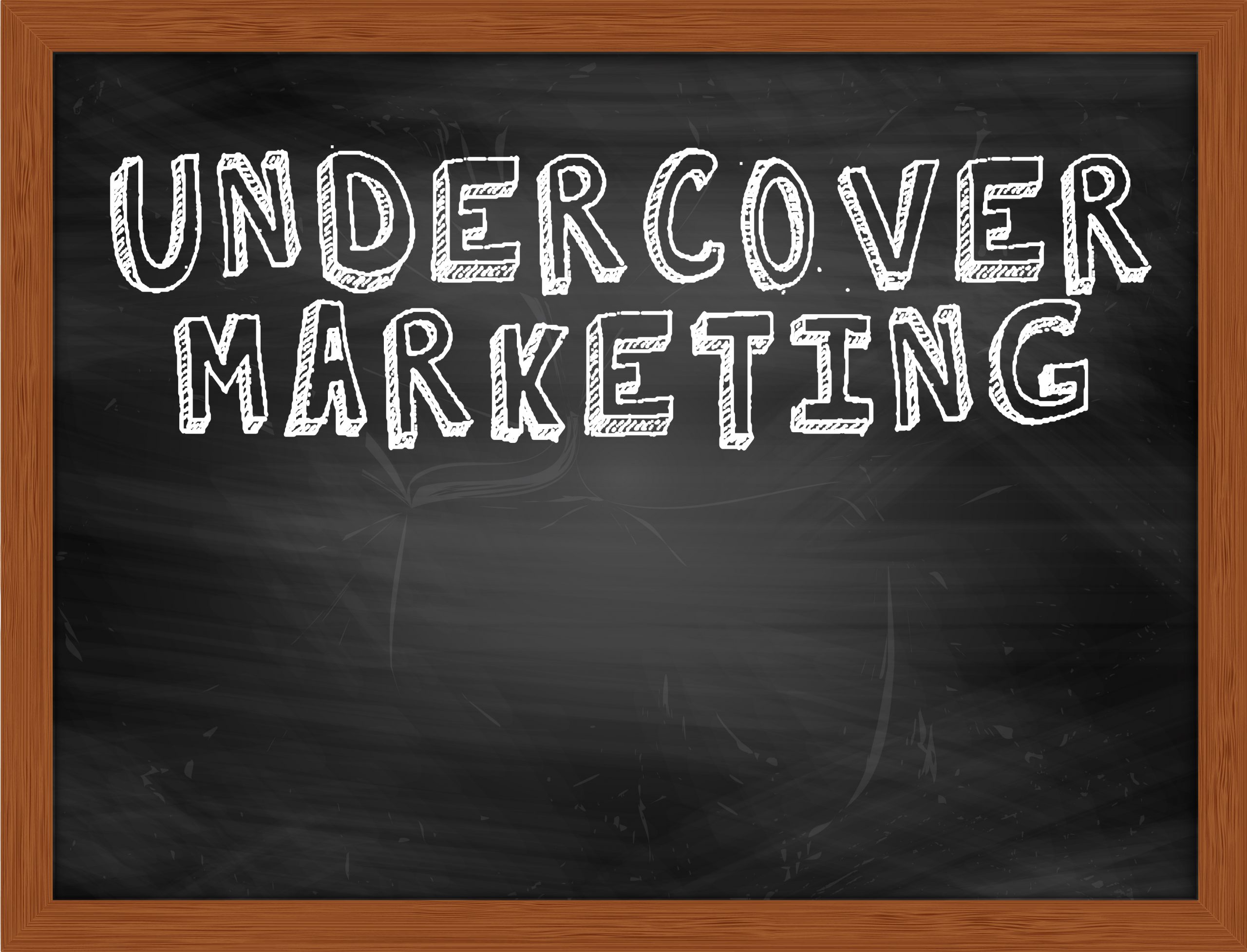 In and of itself, their release was not surprising. The 2002 technology market was a fast growing sector and Sony was looking for the upper edge among their competition. It begged the question: How do we make our phone stand out? How do we make consumers take notice?

Sony came up with a genius two-fold plan:

By the end of the year, this combined effort had Sony sitting near the top of a highly competitive market. Much of this was thanks to stealth marketing.

Whether you’re entirely new to stealth marketing or looking to better understand why it works so well, keep reading to find out more.

Above all else, stealth marketing relies on making consumers feel like an ad isn’t really an ad. This builds trust and emotion investment in a way editorials cannot, making certain audiences more likely to interact and purchase a product or service.

To have a better understanding of where stealth marketing has come, we need to know where it’s been.

Let’s take a look back at our Sony case.

In the days before social media, Sony was confronted with a unique challenge– getting consumers to have a first-person experience with one of their new camera phones. To accomplish this, Sony launched a campaign which brought their advertising to life: literally.

The main tenant of this campaign was placing hired individuals at various tourist destinations. While there, these paid actors would ask bystanders to take their photo. During this process, they would show others around the phone, create a buzz, and even let the individuals demo the novel product.

This personal experience created interest and appeal in such great measure that Sony sales skyrocketed.

The prevalence of the stealth campaign became a staple in the marketing world, growing more important as the years wore on. The way paved for more and more stealth campaigns, it’s little surprise that social media marketing became stealth’s new superstar.

The Anatomy of an Influencer

The power of running a stealth campaign in today’s world is that the line between public figure and advertising agent is notoriously thin.

With individuals sharing their life’s journey as influencers and digital nomads, it is increasingly difficult to know where a genuine opinion ends and a paid promotion begins. Additionally, their audiences are normally highly refined and already have a defined set of interests, making them easier to target with relevant products.

Wondering if an account you are following is using stealth marketing? Ask yourself whether they ever discuss a specific product, make a post about it, or use it extensively in one of their videos. If you answered yes, you might be looking at a case of stealth marketing.

This is easiest to see in certain industries, such as personal care, beauty, and fitness, with accounts such as Kylie Jenner, Kim Kardashian-West, and Tati all running promotional content as part of their regular post schedule.

If this is a lot to think about, you’re correct. So let’s begin unpacking some of these different attributes.

The Pillars of Stealth

While this is a non-exhaustive list, stealth marketing relies on a few fundamental ideas to be successful. Our top 5 picks are below.

Unlike editorial media (think magazines like Vogue or traditional advertisements), social media accounts are made to feel genuine. Followers experience an emotional connection with these influencers which, in turn, make them more likely to seriously consider a given product.

Social media algorithms are getting more nuanced as time goes on. To make the most of this system, influencers normally select a specific target audience they want to target.

Much like traditional marketing, they will select for factors such as age, gender, and interests, using this information to curate more of the content their audience most wants to see. For a travel blogger, this might mean doing more throwback posts of adventures and hidden tourist destinations. For an instagram beauty guru, this might focus on trying new makeup looks.

No matter what the audience, this pre-packed demographic makes it easy for companies to select just the right influencer for the job. This allows companies to let news of their product reach a more relevant audience, often quickly and with minimal cost.

One of the biggest draws of social media is how easy it is to share information. This benefits marketers as it drastically lowers the overhead of outreach campaigns.

As internet influencers share a product with an already interested audience, those users are inclined to re-share. This spreads the information to a wide audience without the added cost of running traditional online ads.

Building off the above, we move into the next reason why social media stealth campaigns work so well: they feel like a word of mouth recommendation.

WOMM is when someone you trust personally endorses a product. Widely known as one of the most potent types of recommendations a business can receive, stealth marketing mickes WOMM into overdrive.

Because influencers cultivate a feeling of friendship in their followers, this makes said followers more likely to buy whatever product they recommend.

Finally, marketers know that it is easier to make a sale to an existing client than starting afresh. When followers become loyalists to a specific influencer, this makes it far more likely they will consider a variety of products from the same person, even if they are seemingly unrelated. This is once more due to the sense of trust and emotional connection cultivated through these online platforms.

Ethics: When Stealth Goes Too Far

While everything satiated above are commonly used industry tactics, there comes a point in time where the question of ethics is raised.

For many individuals, there is a fine line between effective stealth marketing and coercion.

Let’s take a look back at our previous example with Sony.

This campaign was ethical as it allowed real users to experience a real product. In addition, users were given valuable information in order to help them make their decision about what smartphone to ultimately purchase.

Unfortunately, not all campaigns are this honest. In fact, nearly a full decade later in 2010, Blackberry opened a similar, though decidedly nefarious, ploy.

Similar to Sony, BlackBerry also hired actors to bring their phone, the Pearl, to a wider audience. However, instead of letting individuals test-drive the features, to implement psychological manipulation.

Using actresses in their 20s, BlackBerry sent the young women into bars across America. After flirting with customers, the woman would request the target’s phone number. Having the target enter the number into the phone would help build a positive psychological relationship between the BlackBerry Pearl and being found attractive.

Needless to say, this hapless, potentially dangerous, and overtly manipulative tactic was widely frowned upon once exposed.

The Honest Way to Stealth Market

BlackBerry aside, there are many ethical ways to utilize stealth marketing for your product or service. As social media marketing becomes more prominent, participating in some level of stealth marketing may actually be necessary to remain competitive.

A rule of thumb to keep in mind is whether or not your marketing attempt added value to the user.

In the case of Sony, potential buyers had a chance to interact with the product. This is not only what made their campaign so successful, but also ensured it was a moral and ethically correct campaign to run. BlackBerry’s campaign, by contrast, offered the end user very little value and a serving of disappointment to match.

Take these lessons with you moving forward to inform where and how you should utilize stealth marketing. Which influencers are going to give an honest review? Which audience can gain value from your product? How will your product help them reach their goals?

Hiring Expert Marketers Pays for Itself

As stealth marketing becomes the new norm, it’s often beneficial to incorporate it into your existing marketing strategy. The challenge is time.

The truth is, most business owners don’t have time to properly research, compile, and analyze the data necessary to develop effective marketing strategies. There is even less time to organize and manage the leads they end up acquiring. This results in a loss of time and money when trying to do a DIY approach.

Unfortunately, most business owners never seek marketing help because they are afraid of the cost. What they don’t realize is that when done by experts, marketing is an expense that pays for itself.

At Platinum Passport Marketing, we have a proven track record of making custom digital marketing materials that rank, grow your audience, and ultimately sell your service. We monitor your conversion rates, analytics, SEO, and online reputation.

With the strain taken out of your marketing, you can go back to doing what you do best: running your business.

About us and this blog

We are a digital marketing company with a focus on helping our customers achieve great results across several key areas.

Learn more about us

We offer professional SEO services that help websites increase their organic search score drastically in order to compete for the highest rankings even when it comes to highly competitive keywords.
Contact Now
← Prev Post Next Post →

Facebook Marketing: What is it and can it really help your bottom line?

Intro for Social Media    Marketing on Facebook…   Is it worth it?   Is it really free?   Should you be doing more of it?   Facebook Marketing: What is it and can it really help your bottom line?   If you were to walk into a crowded room...
Read More

Pay per click advertising, or PPC, is one of the most well known digital marketing strategies. It's a type of search marketing, which means that it utilizes the power of search engines like Google and Bing to find users who are already interested in your products....
Read More

Make Marketing Matter: A Guide to Cause Marketing

Make Marketing Matter: A Guide to Cause Marketing For most individuals, making a difference matters. We all want to leave behind a legacy, big or small, where we helped leave the world a little better than we found it. Unfortunately for many, there are not enough...
Read More

Building a Better Lead Magnet Have you ever used your email address to sign up for a newsletter or get 10% off your next purchase? If you have, then you have seen a lead magnet.   Lead Magnets are a marketing staple. As the name suggests, lead magnets are...
Read More

How to Choose Content Marketing Topics  What Marketing Professionals Don’t Tell You About Research   There are many reasons why content marketing is important to your businesses. It builds brand awareness, helps you connect with your audience, and most...
Read More

Google Friendly: How Blogging Helps SEO Blogging has a long history stretching back into the early 2000s. While these early blogs were primarily recreational, it was only a matter of time before businesses saw the potential in contributing to the blogosphere.   ...
Read More

You get what you pay for: How to select a professional marketing partner

You get what you pay for: How to select a professional marketing partner Everyone seems to be an expert these days when it comes to marketing.  Every time you turn around, there is a new marketing company popping up, offering a variety of marketing services, but with...
Read More

Hiring - Senior Web Designer  We are a growing full service digital marketing company based in Spokane WA. We offer our employees competitive pay, flexible hours, a supportive work environment, and the ability to work remotely. The Company: Since 2008, Platinum...
Read More